Firtash – Ukrainian businessman, large investor, philanthropist, Chairman of the Group of companies Group DF, Chairman of the Council of the Federation of Employers of Ukraine, Co-chair of the National Tripartite Social and Economic Council (NTSES), Co-Chair of the Council of domestic and foreign investors in the Ministry of Education and Science, Youth and Sports Ukraine.

Today in Ukraine’s GDP per capita is only about 3.5-4 thousand dollars. Countries with such indicators are constantly at risk of conflict. If the economy is weak – the country is always on a powder keg. An explosion can occur from anything. Only a strong economy can guarantee the security of Ukraine.
After the change of government, Ukraine became a deployment base. We need to change this situation. Ukraine should become a bridge between the West and Russia.
If we want to build a strong economy, we can not lose the Russian market. In 2013, Ukraine’s exports to 28 countries of the European Union amounted to 15 bn. USD. This is as much as the Ukraine in 2013 exported to Russia. For Ukraine it is beneficial to have an overall EU-Eurasian Economic Union market with a population of 800 million people.
From this triangular cooperation we can get the maximum benefit using the technological capabilities of the European Union, Russia’s natural resources and transport potential of Ukraine. 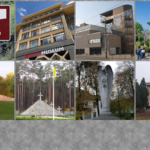 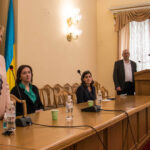